Ancient Roman road was discovered beneath the waves of Venice 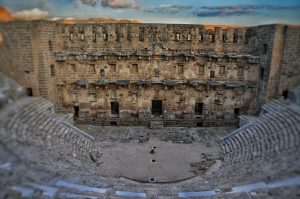 Archeology and science always go together. In short, they discover our real origins; how the world used to be, what its vegetation was like, how, why and when species came to an end, among other things. Furthermore, it seems that whenever you think you know “with certainty” something, a new discovery emerges and changes everything.

Fortunately, new discoveries are often made revealing new parts of human history. As an example, this one made at the bottom of Canal Treporti, which is several meters below the waves of Lake Venice. Several amazing ancient structures have been discovered .

These structures are aligned at a distance of approximately 1,200 meters. They suggest that, at some point before sea level rose and flooded the area, a Roman road passed through this region.

According to archaeologists , this is evidence that a large Roman settlement existed there centuries before the foundation and colonization of Venice, in the 5th century.

“This multidisciplinary study documented the presence of a segment of about 1,200 meters of a submerged Roman road in an ancient beach range now submerged in the Lagoa de Veneza do Norte”, explains a team of archaeologists led by Fantina Madricardo, from the National Council of Search from Italy.

“The submerged road probably represents one of the last route segments in the Altinum seascape , within a wider road network in the  Venetia et Histria Regio. Its proximity to other structures and infrastructures, such as defensive towers, walkways, harbor and private structures, confirms the permanent capillary settlement in Venetorum angulus ”, wrote the researchers.

The ancient Romans did a lot of things very well. Among them, its roads. Wherever this civilization passed, long stretches of pavement and roads were found to improve and facilitate its expansion and mobility.

However, the transport and trade of these people did not line up with the land. This is because the Romans were also very adept at navigating the seas. Because of this, scholars wondered what would be the role of the Venice region for this civilization. Also because the sea level was lower at the time and Venice had a very different appearance.

In addition to roads, archaeologists have also found ancient artifacts that suggested Roman occupation in the centuries around the turn of the millennium. Time long before Venice was founded.

Some archaeologists believe these artifacts came from ancient Roman cities overlooking the lagoon. However, there were also signs that the area had been occupied more extensively.

In 1985, a survey found structures that suggested evidence of stretches of road at the bottom of the Treporti Canal. And with high-resolution multibeam sonar, the researchers mapped the seafloor’s geomorphology. After that, between 1978 and 2016, archaeological dives carried out returned with a wealth of information about what was down there. 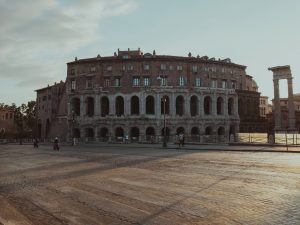 Further studies done in 2020 documented a series of 12 relief structures that were aligned parallel to the main channel in a southwest-northeast direction.

And as suggested by the biometric data, there is the presence of a paleo-beach mountain range, which is a characteristic that indicates that a beach already existed there at some point in the past.

“The presence of the ancient Roman road confirms the hypothesis of a stable system of Roman settlements in the Lagoon of Venice. The study highlights the importance of this road in the broader context of the transport system of that civilization, demonstrating once again the Roman capacity to adapt to and deal with complex dynamic environments, which were often radically different from those of today”, concluded the researchers. 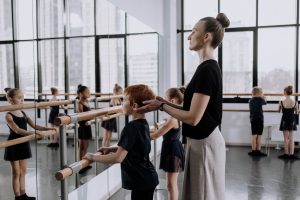 In short, we all know about the importance of exercising constantly. This is because their practice produces improvements, not only aesthetic, but also conditioning for the practitioner. Experts recommend at least one walk a day. In short, this increases the production of endorphins, decreases muscle tension and lowers the stress hormone.

However, the number of people who do not like to do any kind of physical exercise is quite large. But what most people don’t realize is that simple everyday activities can be forms of exercise that go unnoticed .

Dancing, for example, goes far beyond just practicing movements. This activity can actually be the solution to many physical and emotional problems. In addition, it also helps keep you in shape, increases self-esteem and improves the functioning of the body and mind, and prevents heart and respiratory disease. As if all this wasn’t enough, we show here more benefits that dance brings.

During livelier music, the heart rate increases. Besides them, it also increases the exchange of fluids between the different organs of the body. This gives a natural physical balance.

If you are looking to lose weight, dancing can be a great ally. This is because, in some modalities, such as aerobics, it is possible to burn up to 700 calories per hour. With that, you can get the shaped and defined body you’ve always wanted.

One of the main benefits of exercise is to reduce tension and relaxation in the muscles. Dancing does this and also stimulates concentration, calms and calms the mind. Besides, of course, reducing anxiety.

Depending on which dance mod you do it will increase your heart rate and stimulate blood circulation. This ends up improving breathing capacity.

Everyone has heard that whoever sings evil scares. But dance also influences, in a favorable way, people’s emotions. And it helps to vent feelings, especially negative ones.

People who dance feel more confident about their own bodies. Because of this, they are able to express themselves better. That’s because dancing allows for freedom of bodily movement.

Some physical activities are restrictive for certain age groups. Dance is not one of them. Whether the person, child, adult or elderly person, he can dance at will. And best of all, in dance there are several modalities to choose from. All also without age restriction.

Feeling your body free as music plays and movement comes intuitively is one of the most beautiful expressions of art. This feeling makes the person feel alive and he can express his personality without fear of being judged.

Whatever movement is performed, the body sends information to the central nervous system. Thus, the more you learn to dance, the more intelligent your body becomes precisely because of the amount of stimuli it receives.